Courtesans and whores of Venice 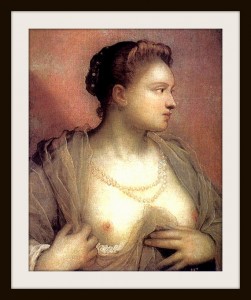 In 1360, in the vicinity of the Church of St. Matteo (now disappeared), a popular place was opened, the "Castelletto di Rialto", a place of pleasure where the Venetian magistracy decided to concentrate the numerous city prostitutes. The public brothel was called "Castelletto" perhaps because it consisted of high houses like towers. Over time the Castelletto had very precise rules about the place and the time of work, not allowed after two in the morning, only on Saturdays and with the head covered with a yellow scarf...
But as one can guess, controlling these rules was not easy and this worsened after the fire of the Rialto in 1514, forcing the prostitutes to melt into the city. Some of them took refuge in the neighborhood where the Rampani family owned a building. Living in this area of "Ca' Rampani", (Ca', meaning house) they were nicknamed "Carampane"; probably not very attractive at that time, they gave origin to the word "ti xe una vecia carampana" ("you are an old woman carampana"), still used today to indicate a woman whose appearance is not very pleasing.
At that time, courtesans formed a separate category of society. While engaged in prostitution, courtesans were socially distinct not only because they could count on substantial income and influential protection, but also by virtue of their highly developed knowledge of the arts and letters. Some of them distinguished themselves through their artistic and literary talent, which they were able to exercise freely because of their special status. In 1500 there was a catalogue of courtesans with addresses and prices.
The most famous of the poets woman of joy was without a doubt, Veronica FrancoShe was born into a wealthy family and married a doctor at a very young age. She soon gave up her marriage bed to devote herself to a life free of debauchery; a poet and cultured person, she maintained friendly relations among scholars and nobles to such an extent that she was painted by Tintoretto. 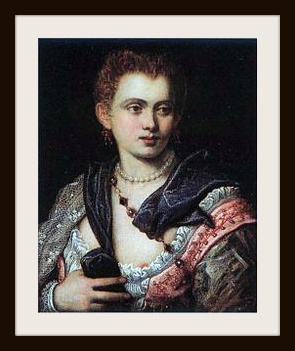 When Henri III roi of France came to Venice in 1574 and wanted to get to know her at all costs by spending a night with her, in memory of their meeting Veronica offered the king her portrait and two sonnets. At the age of 40 Veronica gave up her activity and founded a refuge for former prostitutes called "du secours". But her life didn't stop there .... To be continued. 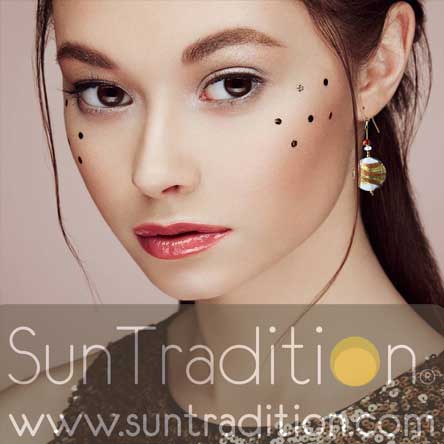